Two Questions That Changed My Life: “Do I have C-PTSD?” and “How do I heal it?”

A few years ago, I was listening to a podcast, and someone mentioned they had C-PTSD. I’d never heard of this before (PTSD, yes. But C-PTSD? Nope.)

I looked it up, and when I saw the definition and symptoms, I immediately realized, “Oh FFS — that’s me. I have this.”

C-PTSD stands for Complex Post-Traumatic Stress Disorder, and although it shares similar characteristics with PTSD, there are some marked differences. While PTSD happens as a result of a one-time or shorter duration traumatic event, like serving on active duty in a war zone or  surviving a physical attack, C-PTSD occurs when people experience trauma from on-going experiences such as childhood neglect or abuse, domestic abuse, human trafficking, or living in a war-torn or extremely impoverished region for more than a year.

Some of the symptoms experienced by people with C-PTSD include:

As I looked over this list of symptoms, I realized that I have (or had) all of these. I grew up in a home with some pretty gnarly emotional, medical, and physical abuse– and it had left its mark.

When we spend a long time in traumatic situations, especially as we’re growing and developing, our very smart body-minds adapt for survival. Entire systems change and adapt in order to be able to survive and keep us safe: our nervous system, vagal system, immune system, digestive system and the microbiome, emotional regulation and response, cognitive processing–as well as all of our energetic systems like meridians, the heart torus field, chakras and more–shift and adapt to what “normal” is in this traumatic world. When we are finally free of the traumatic situation, we now have a whole body-mind that needs to be retuned to be able to thrive in a non-traumatic world.

So, how do we heal this?

While there’s no “one-size-fits-all” fix for embodied trauma and C-PTSD, I can tell you what’s worked best for me.

If you see some of yourself in what I wrote here, please know that you are not alone, that there are people and groups and tools to help you heal. And please know that I see you, I know it’s been so hard, and I think you are an amazing triumph of nature to have survived and thrived the way you have. It’s no small feat, my friend, and I am so very unabashedly proud of you, wherever you are in your healing process. 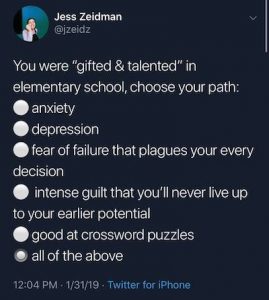