The secret to being a better person and improving your relationships 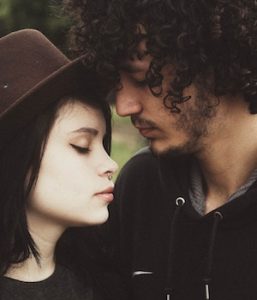 I’m going to let you in on a secret for how to be a better person. It’s easy, fast and has been scientifically proven to improve your relationship with yourself and others.

I first came across Mettā, or Loving Kindness, meditation years ago when I was first studying Buddhist meditation. The first time I practiced it, I was blown away by the effect it had on me. My whole physiology changed. It’s a simple meditation where you send heart energy outwards, but sometimes the simplest things are the best. It has greatly changed how I view myself, my friends and family ones, and even strangers. Simply put, it has made me a happier, better person.

Mettā meditation is a simple, guided meditation that has profound effects when done on a regular basis. According to an ancient Buddhist texts, the Pali Canon, if you do Mettā meditation regularly, it has some pretty awesome side effects:

One sleeps easily, wakes easily, dreams no evil dreams. One is dear to human beings, dear to non-human beings. The devas protect one. Neither fire, poison, nor weapons can touch one. One’s mind gains concentration quickly. One’s complexion is bright. One dies unconfused and – if penetrating no higher – is headed for the Brahma worlds.

Now, I can’t really attest to the fact that “neither fire, poison, or weapons” can touch me after practicing this type of meditation, but I can tell you that my capacity for being open hearted and loving with myself and others has increased more than I could have imagined.

It’s really not hard to do. Here are instructions for a simple Mettā meditation practice. (I’ve recorded a more in depth version of this meditation that you can access for free ***here***, if you’d prefer to listen along as I guide you.)

This is a great meditation to do in the morning as it starts you out with such a good vibe for the day. There’s nothing better than going through your day shining your light on everyone you encounter and giving them the gift of love and compassion.

Three ways to turn off your inner critic

My inner critic likes to try to bring me down.

“What if you really suck at that? You should just give up now.”

“Do they really want to hang out with me? Maybe they’re just being nice.”

“I can’t even compete. Look at how amazing everyone else is. I’ll never succeed.”

Sigh. Why does she talk to me like that?

We all have inner critics saying variations of the same things. So, what can we do? Here are three ways I’ve found to shut that voice down and feel better about myself.

1. Realize that EVERYONE has an inner critic.

Oprah? Has an inner critic. Tim Ferris? I’ve seen him talk about his inner critic! Jennifer Lawrence? Inner critic, I guarantee you. That person you feel you can’t compete with because they are so awesome? Super crazy inner critic.

Just like everybody poops, everybody has an inner critic. So, when you feel intimidated by someone or like you can’t compete, try to remember that they are struggling with the same thing you are. You are completely, wonderfully, perfectly normal for feeling like this. It’s part of the whole human experience shtick. You are an amazing, deserving, loving person just like everyone else, despite what your critic says.

2. That’s the hurt part of you talking. Ask why he or she is saying those things.

Sometimes I get into a loving dialogue with my inner critic. I know that that voice comes from a place that feels hurt, sad or less than. When I’ve asked my inner critic why she says these things, I’ve heard some interesting answers.

“I’m just trying to keep you from making a mistake and feeling disappointed.”

“If you truly believe that he loves you, you’ll have to give up the self concept that you’re unlovable.”

“If you don’t rock the boat, you’ll be less likely to alienate people.”

3. Understand that what the inner critic is saying is likely from an old tape loop that’s playing over and over, but isn’t relevant to who you are now.

You’ll notice that there are themes to what our inner critic says and the particular times he or she pops up to whisper nasties in our ears. If you look at that what and when you hear your inner critic, you’ll see some patterns.

Is it around work? When? Is it talking to bosses? Or when you want to share an idea? Is it around friends? Or in your romantic relationships? Look to see if you can spot the patterns.

Then ask yourself, “Is that true about me? Was it ever true about me?” Sometimes you’ll find that your inner critic has latched on to an old narrative. For example maybe you didn’t have many friends in high school. But now you do, so why is the critic still making you feel insecure around your friends? Or maybe you had a terrible relationship with your father and felt like you disappointed him, and now you feel that way about any boss or person in charge.

If you do find these patterns, here’s an exercise to help let them go.

Sit quietly and close your eyes. Imagine your inner critic sitting across from you. They may look like you or they may look entirely different. Ask them for a peace treaty. Tell them you want to come to an agreement about your highest good. Tell them that you want to find happiness and the causes of happiness and they are running a script of an old unhappiness that isn’t true anymore. (Note: at this point, they may rant and rave about how you don’t deserve happiness. That’s fine, that’s just what they do. If this happens, send them pure love and ask them once again to listen.) Show them what you know in your heart – that you are a kind, amazing, passionate person who is looking for success, happiness and human connection. Ask for their help in achieving this. Tell them it’s only sapping the energy you could be putting toward finding these things when you have to rehash old patterns or old hurts through their criticisms. Ask them if you can leave the past in the past, and live in the now. See them nod in agreement. It’s time to move on. Take a deep breath again, and open your eyes.